I was asked recently to talk about what gram limits I’ve set as far as carbs and sugars are concerned. There were never any limits outlined by my doctor, they just recommend no added sugar and eat the best options for carb count and sugar count. I stay away from anything fat-free as they jack up the sugars and the carbs in order to counter balance the lack of fat. I brand compare whenever I’m buying anything new. I read every nutritional label of anything I put into my grocery cart. I always choose the option with the lowest sugar and carb count as long as the fat and calories aren’t exponentially higher. For example, cheese has 0g carbs per serving so I always choose the 2% milk option because it offers less fat and calories. The tough decisions are when it’s a 2g carb with 10g fat vs. 3g carb with 2g fat (this is a completely made up food). I would sacrifice the additional gram of carb to save 8g in fat. I asked my doctor what I should do in that situation and she said to pick the one that tastes better, however, I usually opt for the lower fat. I’m a rebel.

As far as other limits, it really depends on what type of food it is. If I’m looking for something sweet, I obviously know it’s going to have a higher carb and sugar count. I would never even entertain eating a single serving of something that is over 8g sugars and 20g carbs on a regular basis. I especially wouldn’t eat a food higher than that if it wasn’t worth it. For example, the Good Humor bars from my Sugar, Sugar post are higher than this but I wouldn’t eat them a day I decided to eat a piece of bread at lunch. MODERATION, peeps! I switched to all natural peanut butter purely out of curiosity and I love it. I was a die-hard Skippy purchaser but I switched to the Smucker’s Natural. Coincidently, I’m only saving 2g in sugars and the carb count and fat count are the same. So, if you can’t stand the stirring involved in all-natural peanut butter then you would probably be okay sticking with the Skippy. Another example would be a variety of popcorns that I have been able to find. My favorites are Skinny Pop (skinnypop.com), which is 15g carbs and 0g sugars for a serving of 3 ¾ cup or Angie’s Boom Chicka Pop (angiespopcorn.com), which is 19g carbs and 0g sugars for a serving of 4 cups. Both brands offer a variety of flavors that vary in nutritional facts but I quoted their basic flavor. I found both of these at Fresh Market and Target carries Angie’s. While 19g carbs is on the higher end, I wouldn’t eat 4 cups in one sitting. Side note, these popcorns are AMAZING! Trust me, as a former fatty, I know good food and wouldn’t tell you something was good if it wasn’t.

I also want to be clear that when I speak of carbs, I mean net carbs, which is after you subtract the dietary fiber and sugar alcohol content. This really only applies when I’m eating some protein bars as they tend to be high in carbs but high in fiber. I’m a huge fan of Quest Bars, (questnutrition.com) my favorite flavor is chocolate chip cookie dough but I also enjoy cookies and cream, double chocolate chunk and cinnamon roll. My grocery store, Publix, recently started carrying them but you can also buy online or at nutritional stores. There are also a ton of recipes on their Web site from the Quest Kitchen that helps turn their products into other desserts. I also just saw that they’re now offering a chips line. I’ll have look into those and report back! When you first glance at the nutritional facts of one of these bars they have upwards of 25g of carbs but 17g fiber, which makes this particular bar (cinnamon roll that I have on hand) 8 net carbs as this bar has no sugar alcohol, which is different than sugars! While on the subject of protein bars, I’m also a huge fan of Power Crunch bars (powercrunch.com), which my grocery store carries. I have a triple chocolate on hand and it is 10g carbs, 5g sugars and 13g fat (Quests are around 6g fat). These are less dense than Quest bars and are more like cookies. They are made with what resembles sugar wafers, delicious! Quest bars are definitely more filling and less like dessert. 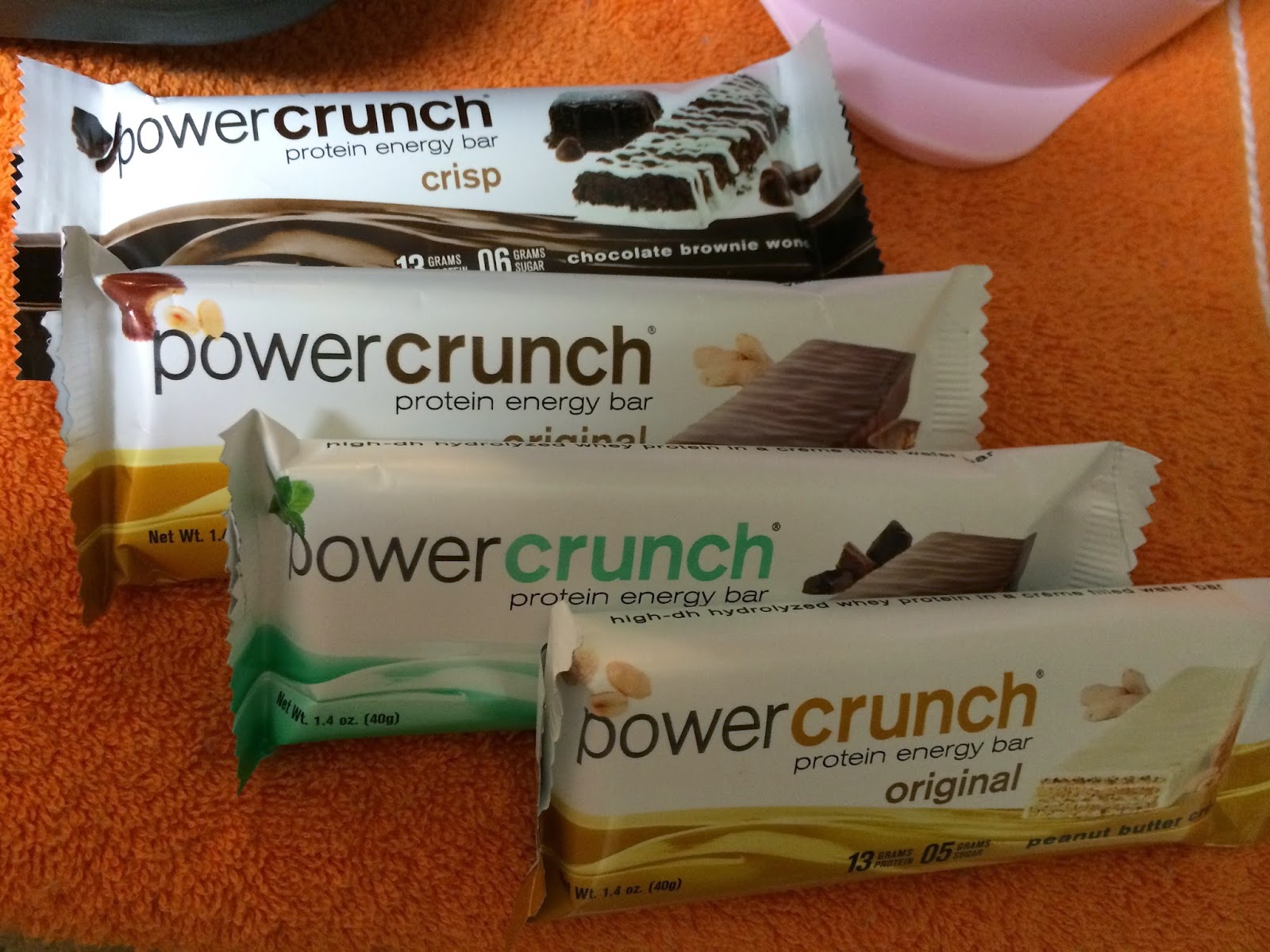 I should mention that after week 6 on my diet I was offered the option to incorporate 3 servings of whole grains into my eating per week. I chose not to. I would be allowed to eat a serving size, 3 times a week, of whole wheat pasta, brown rice or whole wheat bread. These are not what I miss so I opted to not add these back into my life. I would much rather eat a cookie and run a bit faster than eat a serving of whole wheat pasta. Sweets, potatoes and GOOD bread were my issues. I haven’t had rice in probably over a year and I could honestly make it through life without it or pasta again. Cupcakes, cookies, chips, pizza, fast food and anything fried all add up to fat Sarah.

While I probably didn’t answer the question posed very well, it’s because there is no answer. I’m at the point in my journey where if I want something, I have it but I know that I’ll have to work a little harder in the gym and get right back to being strict on my food the next meal. In the beginning, I was extremely strict with my eating and didn’t pick at carbs like I do now. I would stick to foods under 15g net carbs and 4g sugars per serving back then. Again, I’m not an expert or medical doctor so this “advice” is just simply what I did and worked for me. I tried low-carb diets in the past and couldn’t figure out why they didn’t work long term for me and I think part of the problem is that I never looked at sugar contents and I ate really high fat. I would eat bacon, sausage, eggs and cheese for breakfast on the regular. Life now is about choosing tasty, wholesome foods that are the best options. Reading nutritional labels and looking up nutritional facts before getting to the restaurant can be EXTREMELY eye opening. Research, research, research!

Happy snacking!
Posted by Unknown at 6:00 AM