There, I said it! Hi, my name is Sarah and I love food and like 5 people. If I’m not eating, I’m usually thinking about what I’m eating next. I am definitely a person who lives to eat versus what you’re supposed to do by eating to live. I really miss cooking and my new life doesn’t lend itself to much kitchen time these days. I was being extremely adventurous last weekend and I tried 3 new recipes. They were all boss. Since I love you all so much, I will kindly share my new food adventures with you.

Protein cheesecake. Holy, delicious. I found this recipe from a girl I follow on the Instagram and substituted her strawberry protein powder for my recently purchased Cellucor red velvet. On Tuesday,I made the cheesecake on Sunday, I realized that I forgot to add Stevia. I actually think it tasted amazing without it but I will add it in next time to compare. You’ll need: 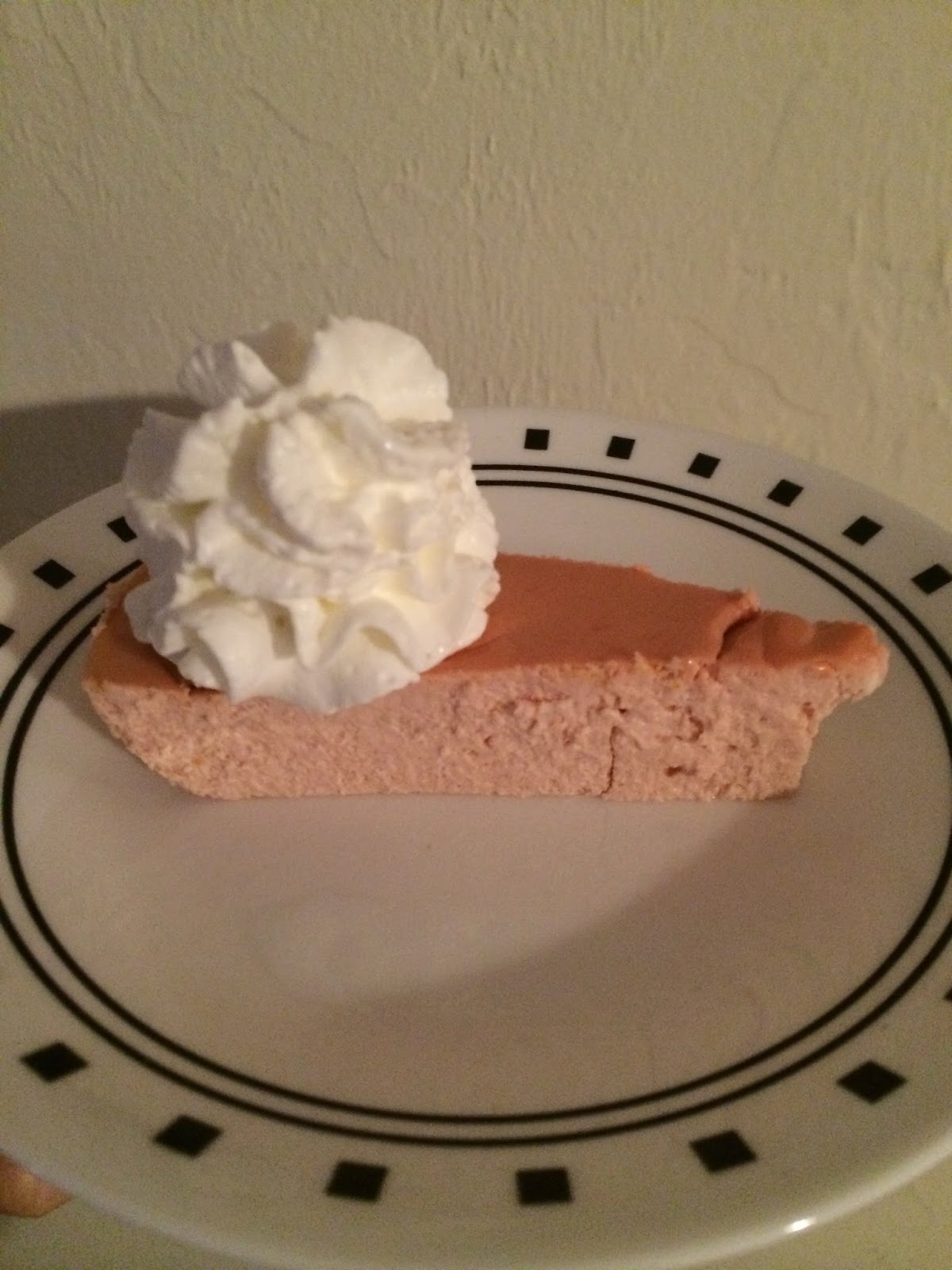 I mixed all of the above with an immersion blender and poured in a greased pie pan. You bake it at 200 degrees for 20 minutes and crank it up to 300 degrees for 35 minutes. Let it cool back to room temperature and cover and refrigerate. Of course, I added a bit of peanut butter and whipped cream to mine. The texture was exactly what I was expecting. The edges were a little dry but the center of the cake was perfect.

Canadian bacon pizza cups. You can pretty much guess what’s in them but I’ll tell you in case you’re not sure: 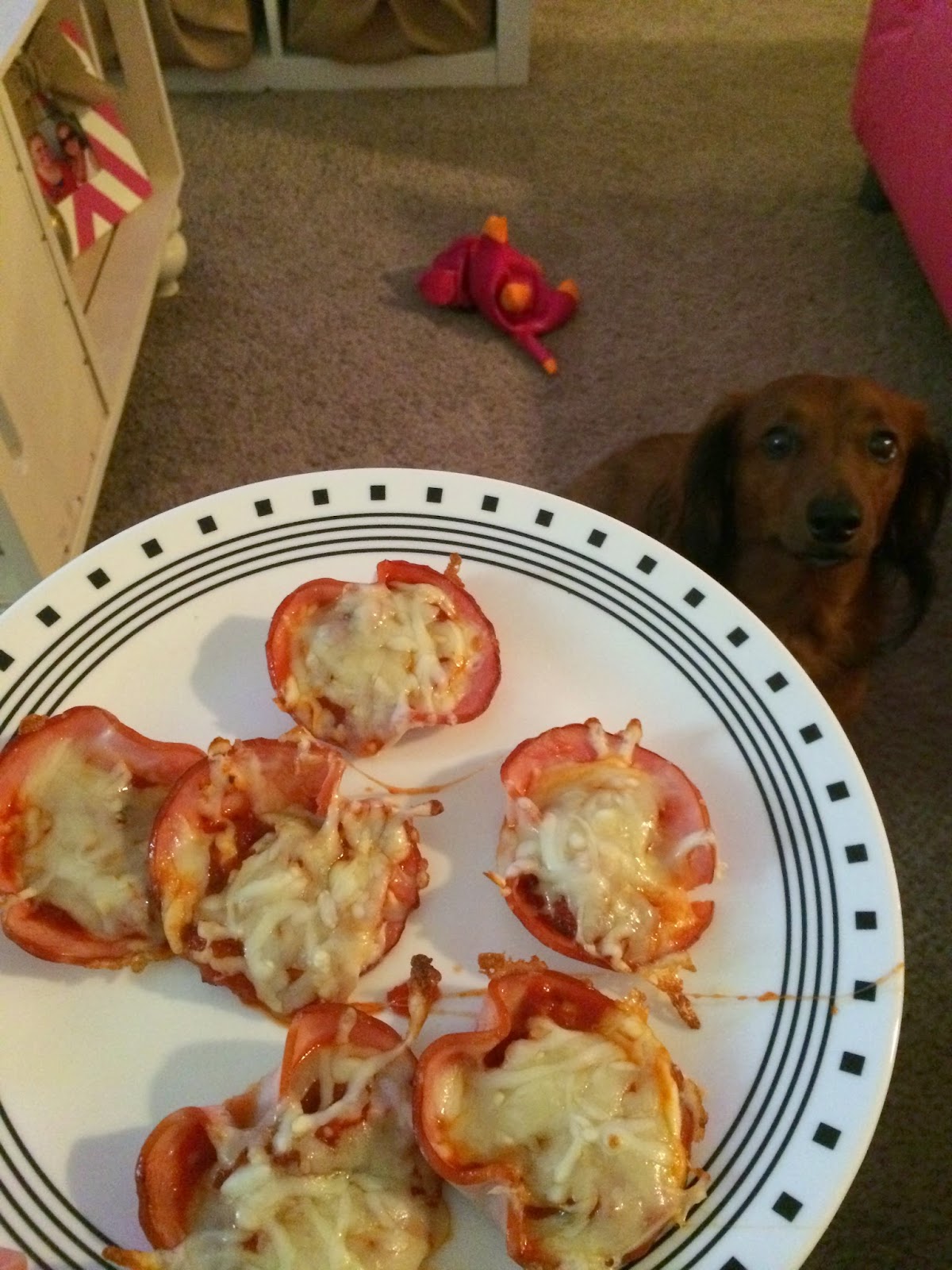 I baked Canadian bacon slices in a muffin tin at 350 degrees for 10 minutes. Next, add a spoonful of sauce to each and sprinkle cheese on the top. I put these under the broiler until the cheese melted and the smoke detector went off. They’re done! Reminder to clean my oven. These were epic and life changing. You can see from the photo that even Oliver wanted to snag some but he got nothing as he’s still on a diet. Poor baby. You can totally use whatever sauce you prefer. I use a Publix brand sauce as it had the lowest sugar and carbs on the sauce aisle. All I did was check some labels and narrow them down. Reading is wonderful, peeps!

Cilantro lime chicken. This is a Crockpot recipe so I’m already in love with it. It’s so freaking simple that it’s ridiculous I don’t do this more often.
Put the chicken breasts in the bottom of the Crockpot (you can also use a whole chicken). Squeeze the juice of 3 limes into the pot. Pour in some chicken broth until the chickens are nearly covered. Cube the white onion and throw that in. Add garlic and sprinkle salt and pepper in. Add several stalks of cilantro on top. Put your lid on and cook for 4-6 hours. I set my crock at 6 hours but got impatient and only cooked chickens for 4 hours. They were perfect! The smell in your house will also be INSANE. Once cooked, throw away the wilted cilantro stalks. I pulled out the chicken breasts and put into a dish and shredded with 2 forks. I saved the onion and added it to the shredded chicken. I strained a little of the liquid back onto the shredded chicken to add some moisture back to it. I chopped some fresh cilantro and tossed it in with the chicken and onions. This chicken would be AMAZING in some tacos or on nachos but this Mexican food junkie just ate it with a side salad.

Sunday had me feeling very much like Aunt Martha (Stewart, duh). Links to the two actual recipes I (kind of) followed are below. I wouldn’t lie about food so you guys know these things taste good. I haven’t lost all sense! Happy eating!